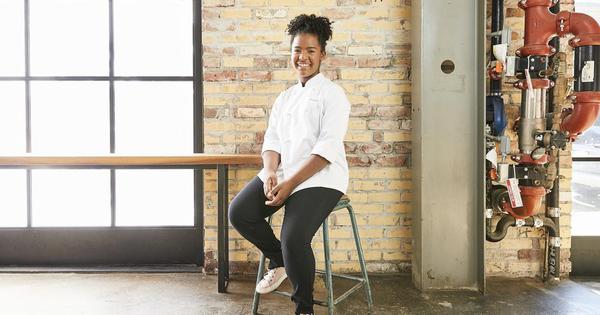 Grief and rage over George Floyd’s death, and the death of countless other unarmed black Americans, were palpable on social media this week, where my feed was filled with blacked-out Instagram squares and impassioned calls to address what writer Ibram X. Kendi has named “the American nightmare”: the racist policies and systemic inequalities that shape everything from who gets stopped by police to who is more likely to die from the coronavirus in America. Many people shared resources to fight ra 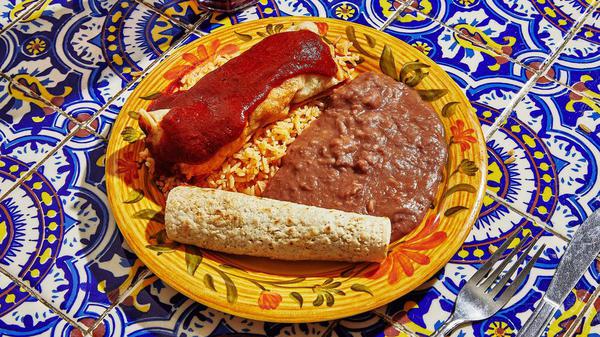 There was a time in my life when the only thing I wanted for my birthday was dinner at La Familia, a moodily lit Mexican restaurant in West Phoenix with wobbly tables, big leather booths, rancheras on the jukebox, and my favorite restaurant dish in the city: the Number 11. The Number 11 was an oval-shaped platter covered with my favorite foods: fluffy tomato-tinged sopita de arroz; pinto beans softened into a creamy mash; and a cheesy chile relleno cosseted in a flash-fried egg white batter. Th 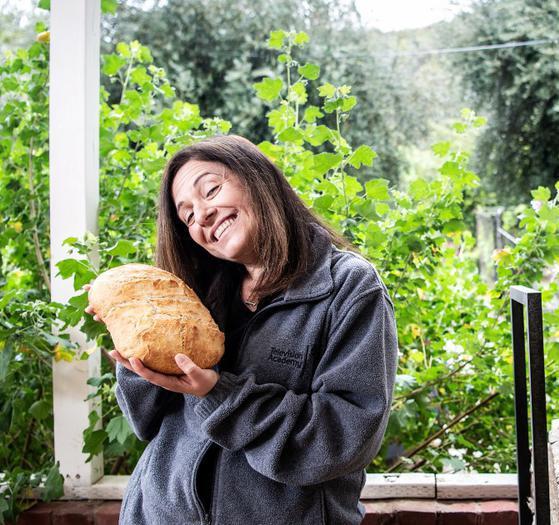 Column One: How to relieve stress during a pandemic? #quarantinebaking

Jessica Reed has baked a cake almost every day since the coronavirus crisis upended her daily routine several weeks ago. Reed, who goes by “The Cake Historian” on Instagram, is known for designing cakes inspired by history, literature and her personal mental health battles. Lately her output has swelled in proportion to her coronavirus-induced stress. “With something like this, where it feels like the whole world is having an anxiety attack, the way I process my feelings is by baking,” said Re 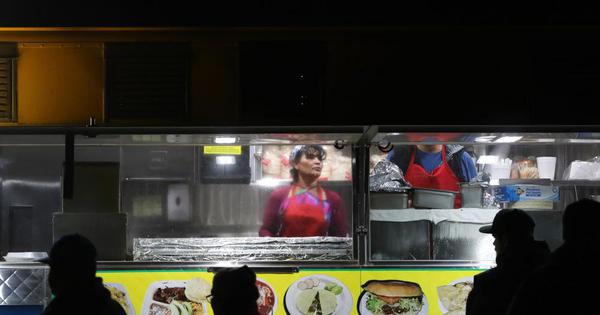 Las Taqueras: 3 women in the male-dominated world of tacos

In the high desert city of Hesperia, 80 miles northeast of Los Angeles, it was so cold on a recent night that the salsas outside the Tacos La Madrina food truck stiffened with frost. The weather didn’t stop customers from lining up for tacos in the maw of winter, some wrapped in fleece blankets, others huddled near the truck for warmth. The truck’s owner, a slight, intense woman in her late 40s named Maria Cárdenas, worked at full speed behind the grill, sweating in the 50-degree temperature. 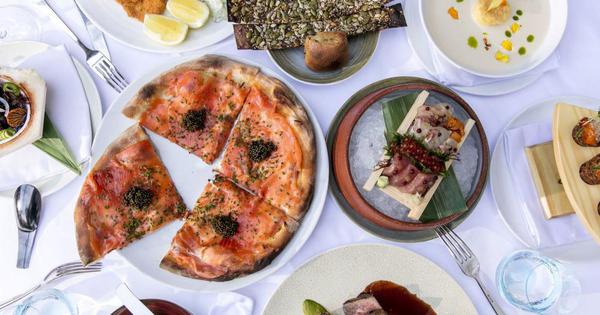 This week our two restaurant critics jointly consider one of Los Angeles’ dining behemoths and ask the question: Is Spago still relevant? This is Patricia Escárcega’s review. Find Bill Addison’s take here. As armchair statisticians like to remind us, the lifespan of the average restaurant is painfully short. It makes a certain amount of sense that older restaurants, heralded for their longevity, are entombed in the language of deference and age ⁠— they are “classics,” “landmarks,” sometimes eve 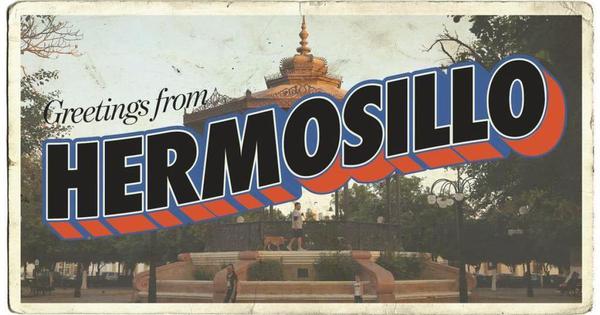 In the historic colonia of Villa de Seris — a quiet neighborhood just south of the Río Sonora in the city of Hermosillo — Gregoria Guadalupe Fraga Yáñez spends her weekends making tortillas. Yáñez — the head tortillera at Burros y Tortillas San Ramón, a popular stand on a leafy corner in Villa de Seris — grabs a smooth ball of dough from a baking tray and uses a rolling pin to flatten it into more or less the shape of a dinner plate. She then stretches it by hand, draping it over her forearm, w 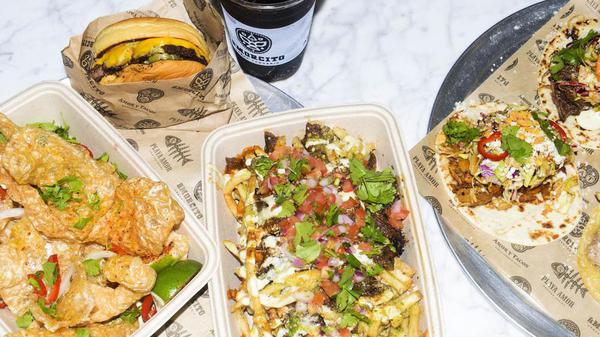 Pochismo, in Ortega's cooking, is a philosophy and culinary aesthetic guided by several qualities: wit, irreverence and the sort of fearless autonomy that allows a chef to erase the boundaries between what we think of as "Mexican" and "American" cooking; haute and lowbrow cuisine. In Ortega's world, the tension that comes from living between two different cultures is not a source of anguish or confusion, but something to be exploited for creative purposes. Some of his most famous dishes include 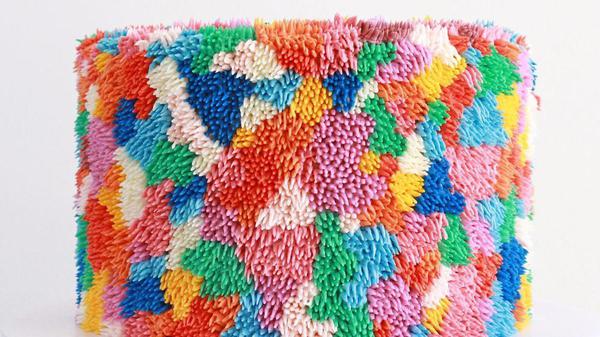 The story behind those colorful shag-rug cakes all over Instagram

What do you do after your cakes have been splashed across every major design blog in the country, and imitated so widely that there are now whole YouTube channels dedicated to DIY shag cakes? If you’re Jones-Mann, you head somewhere like the Brand Library and Art Center in Glendale, where she goes to page through old advertising catalogs and art books. She can spend whole afternoons lost in the 700 section of any public library, she says. Recently, she became preoccupied with an ornate 16th cent 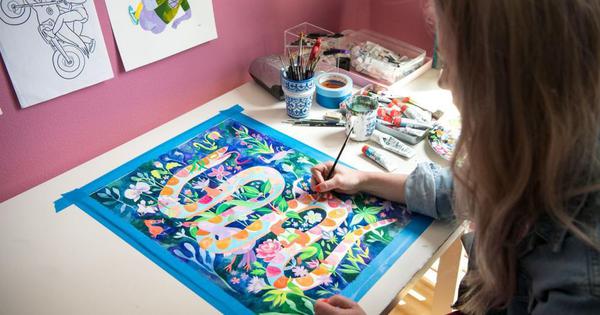 Lisa Hanawalt — illustrator, TV producer, soup dumpling devotee — has dedicated much of her work to the subject of food and the working lives of chefs. “I love people who are really good at something, and cooking in particular,” Hanawalt said recently from her home in Los Angeles. Colorful, irreverent and fearlessly weird, Hanawalt’s work often features anthropomorphic animal characters with very human problems. She’s the production designer and producer of the Netflix series “BoJack Horseman,” 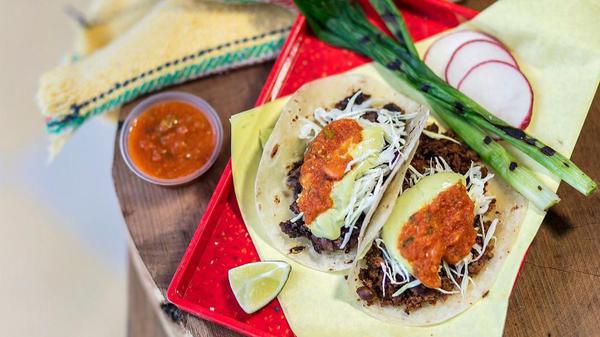 Review: At Sonoratown, worship at the altar of flour tortillas and mesquite-grilled beef

The emblematic dish at Sonoratown is the steak taco. The kitchen uses short ribs, the closest approximation in the U.S. to norteño-style agujas, the well-marbled chuck steak cut often used in Sonoran cooking. More than likely, there will be a line at the counter, affording you time to gawk at the taquero on duty, who feeds strips of beef onto the grill with the focus of someone whose life depends on perfectly well-done beef. Every few minutes, the tiny dining room, ringed in counter seating and 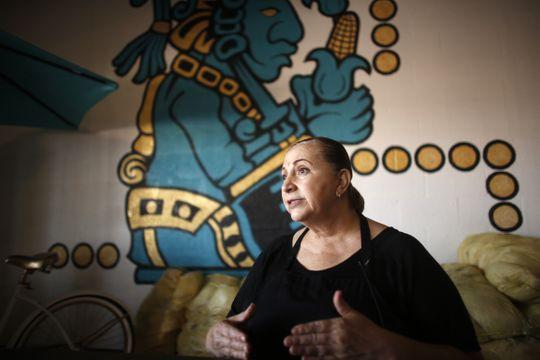 On a recent Tuesday afternoon, a group of women gathered around a stainless-steel work table inside the large, well-lit kitchen at The Tamale Store. The women smeared masa (corn dough) onto supple, flattened-out corn husk wrappers. They heaped generous spoonfuls of red chile beef guisos (braised stew) onto the dough, agilely folding over the edges of the husk to wrap up the dough and meat into neat half-pound tamales. Tamale making is notoriously time-consuming, inspiring many professional tam 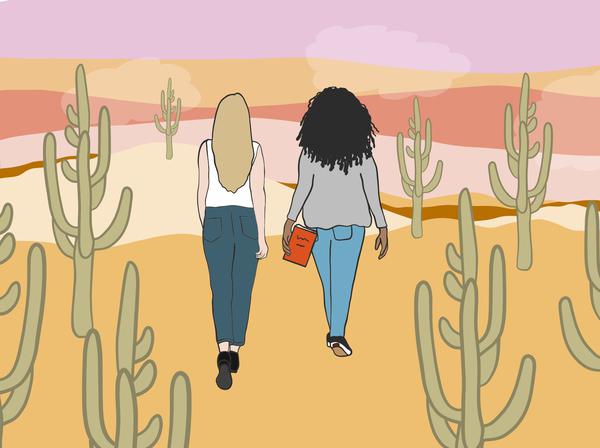 The magic and heartbreak of brown-white friendship

Just as I’d resigned myself to a life as a lonely desert poet, a small miracle happened: I made a friend. 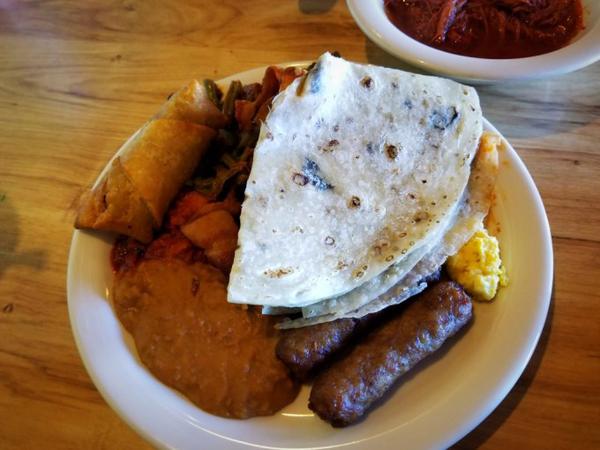 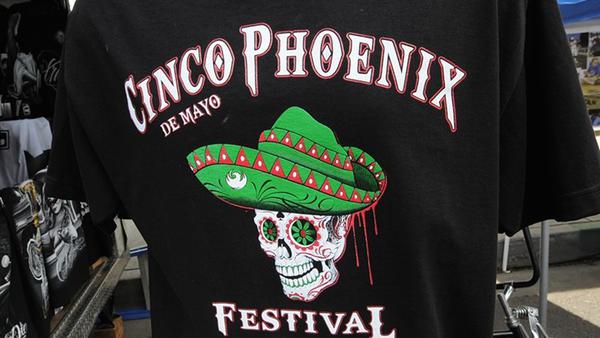 The Cinco de Mayo Phoenix Festival has been going for 25 years and is one of the more tasteful celebrations of the holiday If you Google “Cinco de Mayo,” as I just did, you’ll find the internet flush with articles like “What Is Cinco de Mayo?” (Good Housekeeping), or “Why Do We Celebrate Cinco de Mayo?” (USA Today), or “FACT CHECK: What is Cinco de Mayo?” (Snopes). If you didn’t know any better, you’d think that Cinco de Mayo is some mysterious phenomenon or secret cult ritual. It’s not, of co 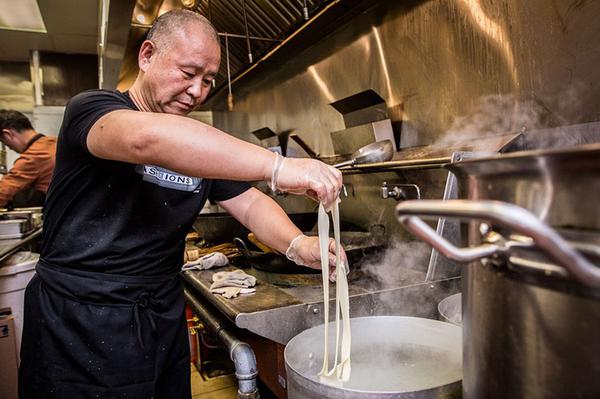 Regional Chinese Cooking Is on the Rise in Metro Phoenix

Yee pages through the menu enthusiastically. He’s “down to try anything,” he tells me. Pretty soon the table is covered with dishes: a salad bowl of chile-specked chilled cucumber; a plate of big, sweaty half-moon pork dumplings; and steaming soup bowls filled with Nan Zhou’s signature hand-pulled lamian noodles. Yee offers thoughtful notes on the dishes: The pan-fried dumplings are bit better than the steamed dumplings. The broth could use more seasoning. The noodles have a nice chew. Yee is 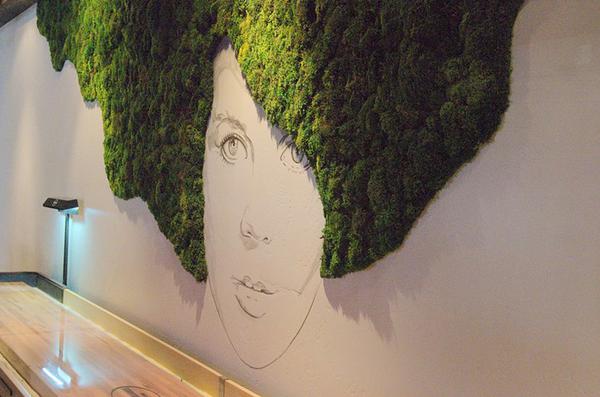 'Sex Mex' Is Trendy, but Using Sex to Sell Tacos Is Hardly New

On a recent Friday night, throngs of 20-somethings were packed inside El Hefe, the “super macho taquería” in downtown Scottsdale that’s probably best known for two things: kiddie-pool-size adult beverages called Beergaritas, and the “Hefe Girls,” the restaurant’s crew of young, scantily clad female servers and bartenders, who regularly take turns dancing on the bar, Coyote Ugly-style. On this night, the Beergaritas were flowing, the wordless thump of EDM vibrated in the air, and as promised, a 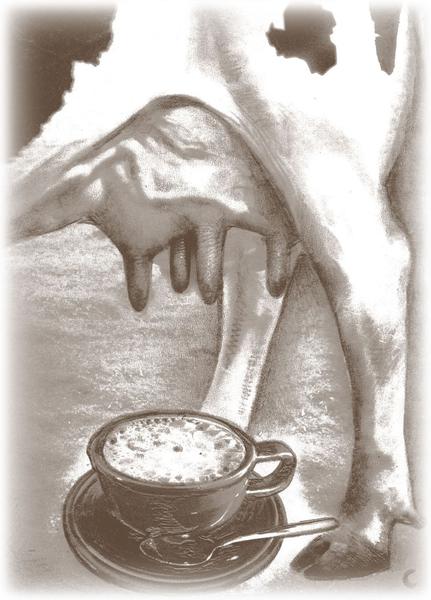 See all of Best of Phoenix 2017 here. On the outskirts of southwest Phoenix, on a back road with views of alfalfa fields and the placid-looking Estrella Mountains, my husband and I are driving in circles. In my lap, I’ve got a beat-up notebook with the address of a west-side ranchito I’ve never seen or visited. This place, I’ve been told by a friend of a friend, might have the stuff we’re looking for. We make a couple of wrong turns. We pass the same trailer park twice. Finally, we stop at the 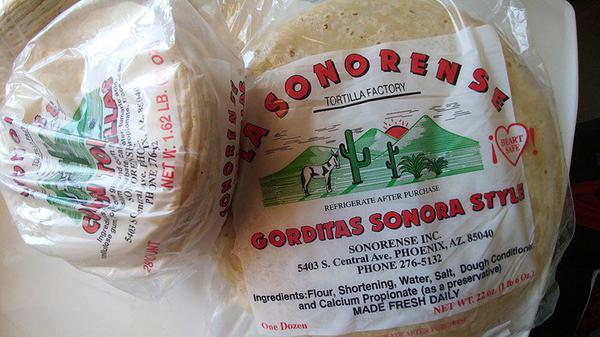 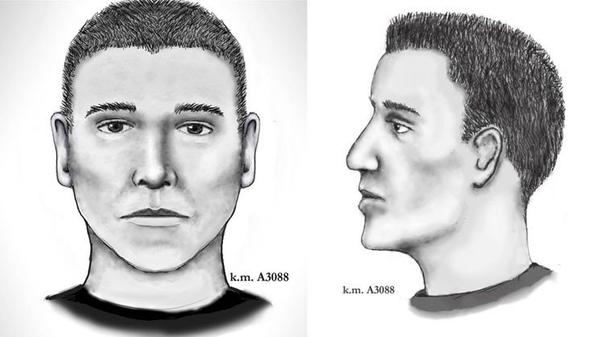 Horacio Peña, who was the third victim of the Phoenix Serial Shooter, stands with his sister Nancy at an Arizona Coyotes hockey game. Just before... 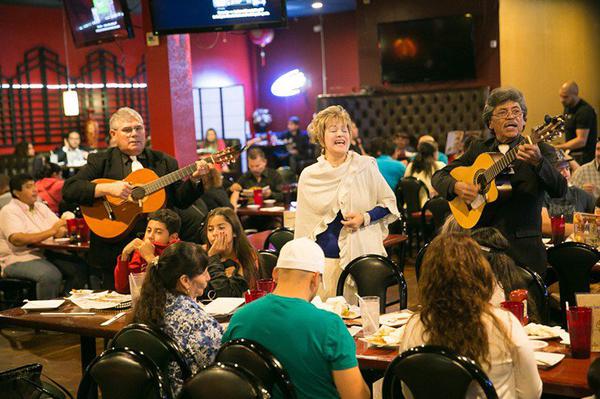 Mexican Sushi Is on a Roll in Metro Phoenix

On a recent Friday night in west Phoenix, the neon-lit dining room of Sushi Loco was only about half full by the time the reverse...
Close ✕